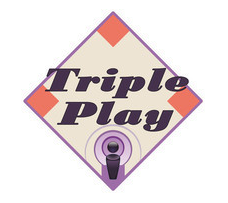 Hunter and Reese talk this week about the surging Royals, who are in position to make the playoffs. We also talk about the heartwarming Sung Woo Lee sensation. It wouldn’t be Royals podcast if we didn’t complain a little. Ned Yost and Dayton Moore’s roster construction continues to be baffling as they carried 8 relievers into this week, despite using only five of them. Nonetheless, it was a great week to be a Royals fan and we were not immune to its charms.

Billy Butler’s production hasn’t gone unnoticed. We talk about his impressive numbers in the past few weeks and even talk about the possibility of extending him if the production continues.

The national scene was treated to an early showing of Javier Baez’s beautiful and powerful swing that looks a lot like Sheffield’s.

We also take a moment or ten to reflect on the careers of Bobby Abreu, who was DFA’d after tailspinning, and Josh Beckett, who had a season-ending hip injury.

We break down a few trades along the way as well.